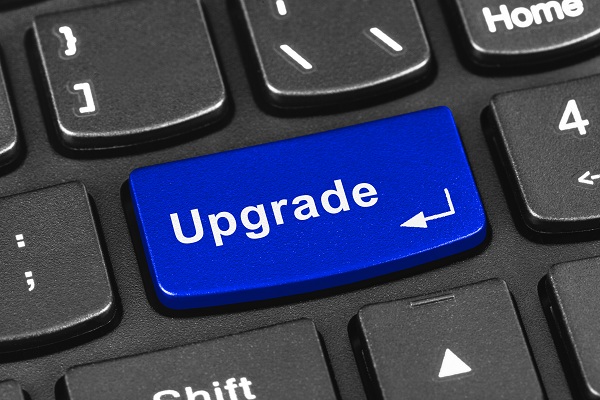 As your network equipment gets older, technology continues to progress and businesses will need to decide if it would be smarter to upgrade their aging computers or replace them. Many businesses try to postpone or delay upgrades of their IT systems to save money, however they also need to realize that these IT systems are some of the most important assets that keep a business running. This guide will help you navigate the pros and cons of this important decision.

General Rules of Thumb – When considering what to do with an older system or aging software, there are few commonly held principles among IT professionals.

In a seemingly never-ending cycle of IT repair, replace and upgrade expenses, the best way to prepare your company for this treadmill is by creating a realistic IT budget. In an upcoming article, I will go into more detail about how to create an IT budget as part of a comprehensive Company IT Plan. For now, take inventory of your existing workstations, servers and network devices and determine approximately when they were purchased. Choose a few of the oldest candidates and start to budget for their replacement. Six months later, rinse and repeat until you have no network devices older than 4-5 years. You will have saved your company from an inevitable headache down the road.

Contact us today for a free network assessment and advice about upgrading or replacing your older computers.

We’ve been providing the greater San Diego area with quality, expert IT support since 1997.